In order to be featured on Korean search engines, it is necessary that your website is localized in Korean, either partially or entirely. Korean website localization refers to the process of conducting Korean keyword analyses, implementing Korean SEO, and integrating the localized Korean pages onto your website so that you can have eligibility to rank on Korean search engines.

Contract our Korean experts to create an entry page, multiple pages, or a full-website translation in Korean for your website optimized with your French keywords/meta tags. 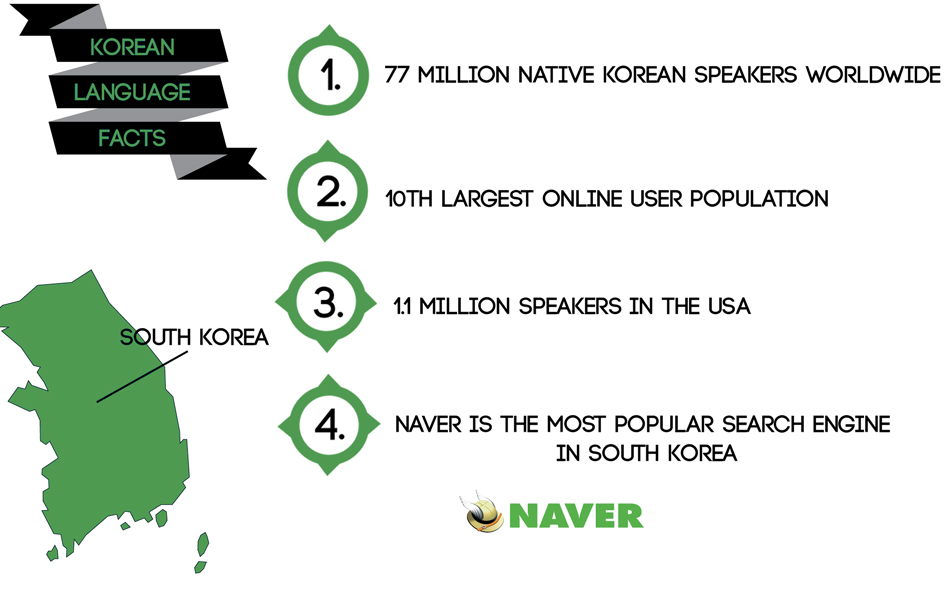 The Korean language is the official language of both North and South Korea and is spoken by about 77 million people including large groups in the former Soviet Union, China, Australia, New Zealand, the United States, Canada, Brazil, Japan, and more recently, South Africa and the Philippines. In the United States alone, there are around 1.1 million native Korean speakers. In addition, about 41 million people around the world access the Internet in Korean (as of January 2016).

South Korea ranks as one of the top Asian countries for Internet use (an estimated 2% of all worldwide internet users). Korean is divided into about six major dialects but is easily understood in almost all its forms by all Korean speakers. The Korean language was originally written using Chinese characters but is now written in Hangul (name of written form), using the Korean alphabet, which has 24 letters. Although mainly spoken in North and South Korea, the Korean language and Korean-speaking population represent an important part of the Asian market. South Korea has a population of about 50 million people, a GDP of about 1.13 trillion dollars. Due to its location all across the world and the importance Korean holds in the Asian markets, the Korean language should most definitely be considered when translating one’s website.© 2016 – MSEO. All Rights Reserved. 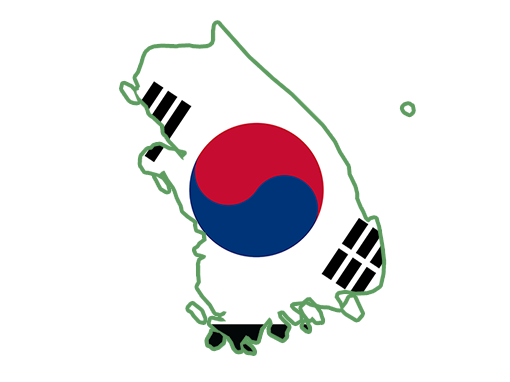