In order to be featured on French search engines, it is necessary that your website is localized in French, either partially or entirely. French website localization refers to the process of conducting French keyword analyses, implementing French SEO, and integrating the localized French pages onto your website so that you can have eligibility to rank on French search engines.

Contract our French experts to create an entry page, multiple pages, or a full-website translation in French for your website optimized with your French keywords/meta tags. 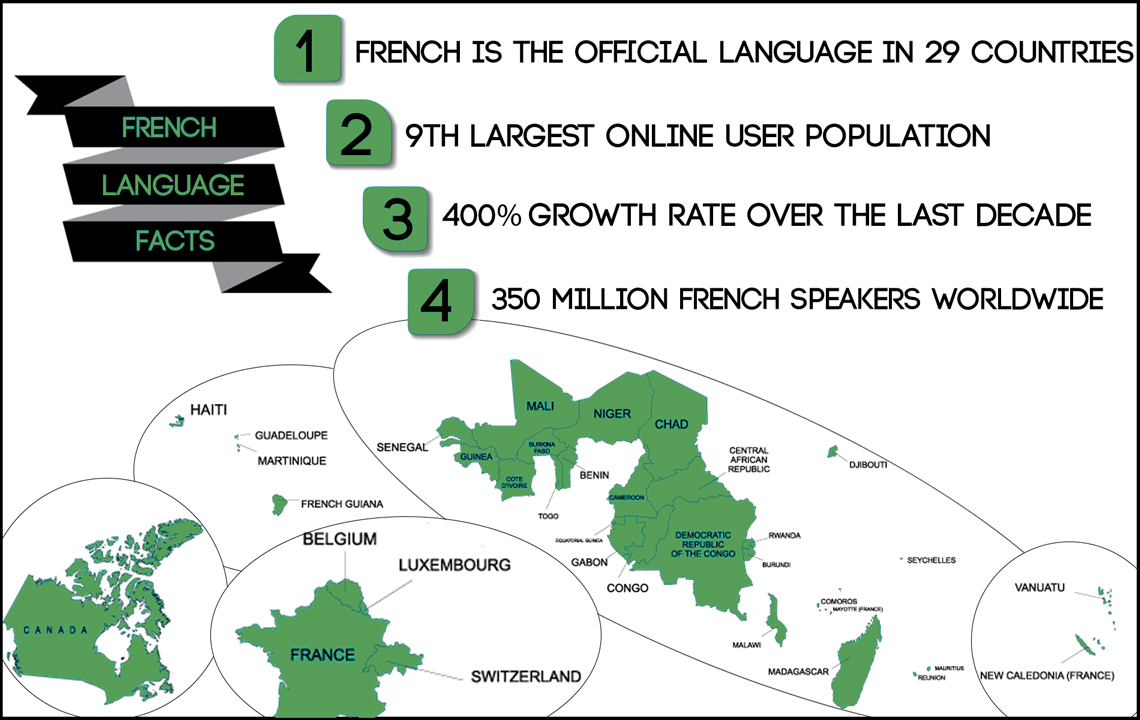 When we refer to “French search engines”, we are not referring to search engines in France only, which is, of course, the largest market. In fact, there are great French language search engines also in Belgium, Switzerland, Luxembourg, Quebec, Africa, etc.

French is considered one of the six top official languages in the European Union. French is spoken by about 350 million people worldwide and is widely present on the global business market. In fact, 29 countries include French as their official language and today it is the second language most frequently taught in educational facilities.

As of November 2015, about 97 million people access the Internet in French. In addition, French is the official working language in key international organizations such as, The Red Cross, The Olympic Games, The United Nations and all its agencies, NATO, the World Trade Organization, the Universal Postal Union, etc. If going global is the target, it is clear to see that the French language or Francophone market cannot be ignored.© 2016 – MSEO. All Rights Reserved.